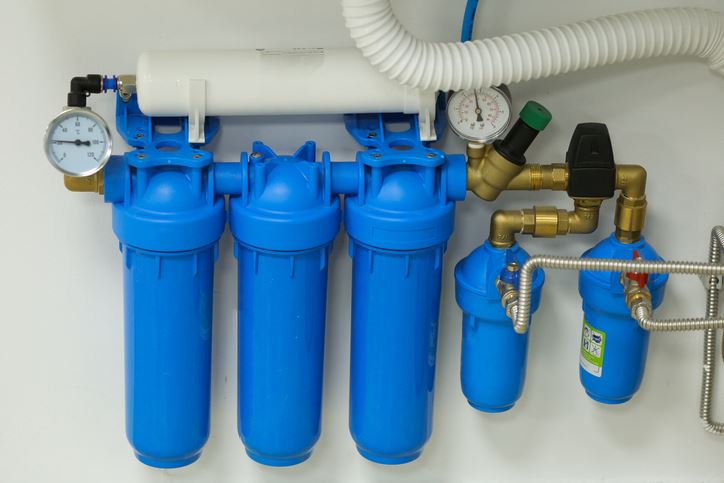 Water treatment may sound too fancy for your home, but in reality, water filtration, softeners, and descalers are becoming more and more common in households across the country. The reason being is that research has shown that much of tap and bottled water is considered highly contaminated. Even while this water is still safe to drink, researchers are pursuing the long-term effects of drinking even slightly contaminated water.

Drinkable water is a necessity, and there should be no guesswork involved. The minerals, chemicals, and bacteria in water have led to a surge in whole-home water treatment systems.

Dallas-Fort Worth homes have been dealing with hard water for decades, but many homeowners still don’t know what’s in their water. Let’s take a look.

What Does It Mean to Have Hard Water?

According to the City of Dallas, the drinkable water in the area is considered moderately hard. Hard water is caused by compounds of calcium, magnesium, and other metals. It isn’t unsafe to drink hard water, but the minerals affect other areas of your home. With hard water, you’re more likely to experience the following:

So, what can be done about the contaminants in your water? First, you should have your water tested by an expert at Blue Star; then, there are three main options for your home.

Water filtration systems tackle specific contaminants based on what’s in your water supply. Standard point-of-use methods include faucet attachments and filtering pitchers. Types of filters include the following:

Distilling: Removes most bacteria and viruses in addition to minerals but can’t remove volatile organic compounds

Whole-home systems can create the ideal environment for you, your family, and your plumbing, providing pure water at the drop of a faucet.

Ideally, all homes should have water softeners. The maintenance of these treatment systems makes them less likely to become commonplace any time soon, however. As the name suggests, a water softener will reduce the hardness of your water.

Two tanks are installed. Water enters through the first tank and is charged with sodium ions. The magnesium and calcium are replaced by the sodium ions thanks to the work of polystyrene material. The good news is that you can’t taste the salt added to the water. The great news? No more hard water.

Removing the minerals in water helps homeowners with skin conditions, and it facilitates skin health as lathering with soap and other products becomes easier.

If your water isn’t very hard, a descaler system might be a more suitable option. Sometimes called water conditioners, these appliances reduce contaminants and prevent the heavy minerals in water from causing residue buildups.

Your plumber will likely install a magnetizing tool that keeps limescale from collecting on your pipe’s walls. Without salt and tanks, this system is easier to maintain. However, you still have to deal with the hard water straining your other appliances.

Still can’t decide? Talk to a pro. Our plumbers know the ins and outs of every water treatment system and can determine which choice is best for your needs.