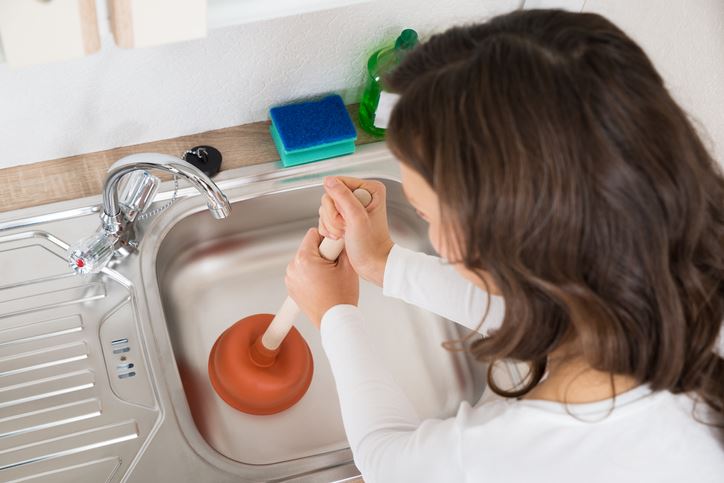 Wouldn’t it be amazing if there was an all-encompassing tool for each of life’s problems? You could just put deodorant on once, and suddenly you’ll never smell again, or at least not for a while. That’s kind of how it works with hydro jetting. It’s your one-stop-shop for sewer line clogs.

What Is Hydro Jetting?

When you have a clogged sink drain, the number one way to handle it is with a drain snake. This is a simple yet effective tool. However, a drain snake or auger will get most of the clumped material out of your drain but won’t clear the bacteria and residue contributing to the clog in the first place.

Hydro jetting makes unclogging drains easy. When multiple toilet clogs are caused by one central obstruction in your sewer line, a certified plumber might use hydro jetting to clear the way. That is, they’ll use a thin hose, insert it into the drain, and pump pounds of water pressure through your pipe.

Typically, hydro jetting uses between 1,500—5,000 PSI, depending on how large the clog is. The amount of force used requires that only specialists, like those at Blue Star, perform hydro jetting services.

The Benefits of Hydro jetting

Our team wouldn’t use the hydro jet method if it didn’t work. It’s quick and effective, allowing you to get back to your routine in a short amount of time. Here’s more about why we choose hydro jetting for most homes in North Texas.

Effectiveness: The pressure used in this process is serious. The amount of water shot through the hose can break up the toughest clogs, including those caused by grease, trees, waste, and mud. Additionally, since hydro jetting gets rid of the nitty-gritty, you won’t have to deal with clogged drains for months to come, if that.

Safe for plumbing: Mishandling that amount of pressure can seriously injure someone, but when a professional employs hydro jetting, your pipes will be risk-free.

No chemicals: Did we mention it’s safe for sewer lines? When you consider that hydro jetting doesn’t use chemicals, you can double the safety benefits. Many chemical drain cleaners corrode pipes over time and may not even solve the problem.

Cost-effective: The one-time expense to hydro jet your drains is worth more than clearing drains with an auger every other month because it doesn’t clear the clog entirely.

Remove bacteria: The debris and gunk that collects in your drains is a breeding ground for bacteria. The pressure of the water eliminates bacteria and any odors that accompanied them.

The best plumbing tools are those that work the first time without consequence. Drain cleaners, multiple unclogging services, and DIY solutions won’t cut it for your sewer and drain pipes. For a professional service that leaves you at ease with your plumbing, call Blue Star.